Charmingly British Peel The Limelight’s latest Life Lessons is a moving musical set mostly in the UK and Bangkok. Driven along by an original soundtrack written chiefly by local actor/musician Claire Stanley with Limelight peeling big cheese Peter O’Neil co-writing and directing this production is well worth checking out. Seasoned actor James Laver stars alongside Claire, Neil Anthony Rusia (once again BRILLIANTLY in drag), Thiptawan Uchai, and Kelly Jones as the voice of mum Mags.


Relationships, family bereavement, fishing trips, and Sunday Roast recipes are the order of the day here. It is nostalgic, humorous, and engaging, we wept, we laughed, we sang, and we interacted. This all refreshing to see as the production collaborative move on to produce original narrative material with heart and soul. We were charmed by Life Lessons from beginning to end. The delivery and intention of all performances were totally engaging. If I had to nitpick, and sometimes I do, maybe the narrative should complete the circle at the wedding rather than the more dramatic conclusion the creators chose, but that is just one way to skin the cat, and if you don’t like cats you’re in good company. I hate cats, as do two of the cast, and we kinda feel they shouldn't. If you are in Bangkok this weekend you definitely won’t see a better show in any cinema, boxing ring, go-go bar, rock concert, cock-fighting ring, or transgender cabaret theater. Life Lessons is a success and a triumph – go see it while you can this weekend. These guys have raised the bar once again.

Posted by Spanking Pulp Manifesto. at 5:35 AM No comments: Links to this post

While Word Cup football fever took hold of the entire nation in the summer of 2018, youth football team The Wild Boars became trapped, along with their coach, in the Tham Luang Cave Chang Rai province. News of the boy’s plight attracted worldwide media attention as cave diving experts flew in to Thailand to plan the rescue of the teenagers and their mentor from deep inside the flooded network. 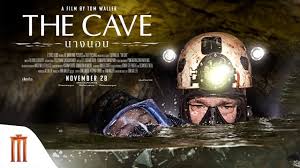 The story had it all. The drama of a ticking clock - the next rain downfall expected to destroy the rescue operation, bureaucratic red-tape hindering potential rescuers armed with industrial pumps, the kindness of local people pitching together for a common good. A media circus brooding like a wake of vultures as the events tragically unfolded.
Human tragedy often invokes the kind of innate human goodwill that the mainstream media will have us believe doesn’t exist. Yet, in this case the media had it all handed to them in a silver-plated betel-nut spittoon. Adventure, quest, resolution.
And yes, a Happy Ending. The Cave has a hands on Thai-style Happy Ending. Against all odds the boys and their coach are safely evacuated from cavernous depths (while sedated with ketamine) by the team of international experts and diving crew. After two weeks of meditation, acute hunger and outstanding boredom a blinding ray of light and hope flickers strapped to a diver’s hardhat. The boys are rescued one by one in one of the most complex rescue events in modern history.
Predictably the rush to dramatize the rescue event was almost as feverish as the rescue event itself. Tom Waller’s The Cave film was released in Thai theaters this week. The film, based on a script written chiefly by Don Linder, boasts a huge ensemble cast documenting the cave rescue operation with enough authenticity to put this film in a category of docu-drama or event reconstruction (a genre I just invented) rather than straight out narrative film. This is completely fine if one is hoping to learn how the rescue operation was, against all odds, accomplished.


Followers of the rule of thumb that art should surprise us, confound expectations, challenge belief structures, will no doubt concede that The Cave had no such lofty aspirations to exploit the factual events in exchange for entertainment. The Cave tells a story from beginning to end in the most honest and straight-forward film-making fashion possible. It is linear, logical, and edited tightly to fit our ever-decreasing attention spans. Employing local talent The Cave keeps Thailand films relevant and showcases a range of talents deployed and ready for action for future productions.

The Cave is the first feature length adaptation of the rescue event and possibly the final word. There is no central protagonist in this fly-on-the-wall docu-drama affair although Belgian diver Jim Warney comes close to that role. Cinematography by Wade Muller is slick and a film score by Oliver Lliboutry builds tension. A handful of extras are a little shaky on delivering  but overall the film is grand and  accomplished. The narrative is informative, and sometimes heart-warming. Essentially this first to market film of  the cave rescue is a  reconstruction of a wonderful story of human kindness and worth checking out if the escape grabbed your attention.

The film is out in Thai cinemas now.
Listen to the audio review of The Cave on This Strange Life podcast HERE.
Posted by Spanking Pulp Manifesto. at 1:47 AM 1 comment: Links to this post

A Tale of Two Cities


"ONCE UPON A TIME IN HOLLYWOOD is a return to classic form."

I wanted to believe it.

I arrived in good faith, even smuggled some cans of celebratory Cheers into the cinema, and as those micro-sports cars whizzed around the Hollywood Hills all seemed well. Bikini-hippie-babes roller-skate along streets dazzling with post-LSD charm, but what, apart from 1969 nostalgia is really happening? Forty minutes into the film Leo sits down next to a young girl actress on a Western film set. He's reading a paperback novel. "What's the story about?" the eight year-old asks the jaded actor. Sitting in the fifth row I'd been asking myself that very same question.

Where is the story?  What is this about?  Which character should I be rooting for, and more importantly why? 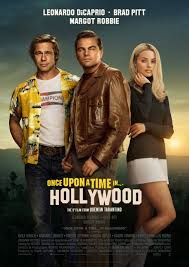 This is pure indulgence my friends, and without much in the way of narrative pay-off Quentin’s epic wanders elegantly all over tinsel town with no real sense of direction. We have little choice but to follow this tale like a dirty old man stalking an exotic woman around a decadent beach-side town. While the characters we meet are entertaining, the backdrop amazing, and the dialog razor-sharp, are we over-dosing on this trip? Shot by shot a masterwork in cinematography, casting, set-design, yet requires editing to be true to film format. A filmmaker has many aims - to have the audience's mind make cuts as the film plays isn't one of them. The narrative leans on an old technique to be fair. ONCE UPON A TIME IN HOLLYWOOD's form takes the shape of the picaresque novel - a Spanish literary technique developed by Cervantes in 1554 – a roguish yet appealing hero (or heroes in this blockbuster’s case) of low social class who lives by his wits in a corrupt society. Events unfold without a necessary narrative consequence and one wonders if this would have been better formatted as a television series. We are eventually brought to the Manson punch-line without ever having ever gotten to know the real motivation behind the event in the first place. Is this intentional? Probably so. Is it wise? Perhaps not.

JOKER on the other hand is layer upon layer of narrative clues. Gotham City is experiencing a garbage strike and the rats have turned super. How about that for a set-up? When the garbage workers go on strike a city is really on it's knees. How socially and politically unstable have we become when we can’t even figure out refuse disposal? Our city is the equivalent of the angry teenager who’d rather play Far Cry than take out the trash.

Joker, dressed as a clown, working for a clown agency, is humiliated and beaten up by a bunch of teenage thugs while hawking for a discount store, his mother is dying, he discovers he’s adopted, his pharmaceutical drug supply is cut off and he's alienated from his pals at the clown agency. His descent is perfect in structure - a mentally sick man slowly growing more insane in a decaying city. His co-worker hands Joker a gun to protect himself, but while performing at a hospital children’s ward the gun slips out of his clown suit and he loses his job at the clown agency. Joker decides (or does he decide – is he the victim of consequence? Pay attention Quentin, pay close attention, buddy) to take out his anger through the language of the Chekhov's gun handed him by his co-worker. He executes a bunch of Wall Street thugs on the subway consequently spear-heading a social uprising. Layer upon layer of urban commentary oozes through this motion picture while setting the scene for the ultimate pay-off. It's a dark, smart, and sultry bitch of a movie.

Not since Clockwork Orange has the anti-hero stood so tall. Phoenix knocks it out of Gotham City park with a physical performance incorporating dance, comedy, drama, pantomime, and horror. This, my friends, is a moral tale, a meditation on gun control, civic duty, the pharmaceutical industry, social welfare, moral corruption, family values. In short this film shows us how we got to where we are. Tarantino’s film does that too, but more beautifully and from a picturesque abstract distance rather than an immediate dark present.

Watch both if you can. 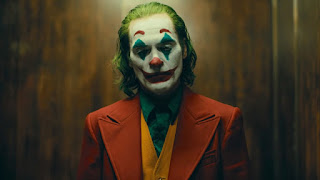 Posted by Spanking Pulp Manifesto. at 3:12 PM 2 comments: Links to this post